Chat with us, powered by LiveChat
Skip to content

Following on from the 2018 introduction of the 2.0 tdi engine with AdBlue, 2022 sees Auto-Sleeper Peugeot Engines continue but now with Peugeot’s all-new 2.2 tdi with AdBlue, called Blue HDi and it complies with the very latest variation of the Euro 6 emission regulations.

This new engine is more powerful than the outgoing 2.0tdi at 165psi and is now standard on all new Coachbuilt and Van Conversions.

AdBlue, unlike diesel fuel, it is not injected into the engine but, directly into a specially modified part of the motorhomes exhaust system. The combination of AdBlue and Peugeot’s Selective Catalytic Reduction (SCR) and Particle Filtration process specifically targets the pollutants of diesel combustion, removing hydrocarbons and CO2 emissions.

In fact, a three stage cleansing process specifically targets the pollutants of diesel combustion, removing hydrocarbons and carbon monoxides by up to 90% and eliminating 99.9% of particulates 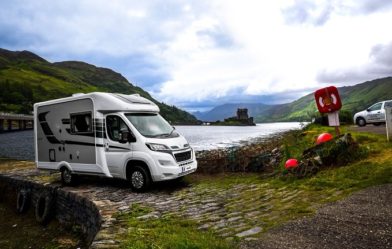 There are many reasons to understand the new technology and the implications of the impact on the environment. All manufacturers know they have to find alternatives. However, for the time being, diesel will continue as the engine of choice.

What happens if my Ad Blue® runs out?

Well, first do not panic. If your AdBlue® runs out, your vehicle will continue running until switched off, then it will not re-start until AdBlue is topped up again and the system re-set by Peugeot.

Will I get a warning?

Yes, the driver will see several count-down style warnings on the dash prior to running out. These warnings commence several hundred miles prior to run-out however, to avoid running out please keep a lookout for your UREA warning lights. So, for example when there is 1,500 miles left in the tank, you will get a warning. This is in the form of an orange UREA warning light and audible warning to alert the driver.

In fact, at 350 miles there is red UREA warning light and a service warning light. Also, again an audible and verbal warning. Also, be aware that if the driver continues until the tank is completely empty, once the vehicle is switched off, it will not restart until reset by a Peugeot dealer.

How far will a tank full go?

The average annual motorhome mileage is between 6,000 – 8,000 miles, the AdBlue® tank, if full is more than capable of these sorts of distances. Also, on the annual service the Peugeot dealership will top up your AdBlue® as part of the service.

Therefore, for the vast majority of motorhome customers, there will be no need to fill up between services. However, a top up is easy from your Peugeot dealership or most service stations.

Do we have to use a Peugeot specific AdBlue®?

No, there is only one type of AdBlue®, which is on sale from either a Peugeot dealership or most fuel stations.

The cost for AdBlue®?

As the average annual motorhome mileage is relatively low. So, with the majority of customers the AdBlue® will be part of the maintenance at the annual service. However, your Peugeot dealer will currently top up 10 litres at a fixed price of £9.99.

Is the AdBlue® tank easy to locate and fill?

Yes. The 15-litre tank is accessible from the outside and is under the fuel filter.

Start Your Adventure With Auto-Sleepers